Music represents people and their background. In Brazil, funk has a long and meaningful cultural history. It need to find the collaboration and support of public actors too, to enhace its role as agent of empowerment for those it stands for.

Everyone knows how the Brazilian singer Anitta has worked hard to build an extraordinary international career. Her gaining global notoriety and making foreing headlines is also an opportunity to bring a spotlight on the new generation of Brazilian musicians and on the Brazilian social and political scenario.

Nowadays, one of the most popular musical genres in Brazil is funk. Even though its popularity has been on the rise, it is considered a ‘peripheral rhythm’ – both historically and these days. Its marginalisation has not affected its constant rhythmic evolution and its power to represent the life of the community it stands for. 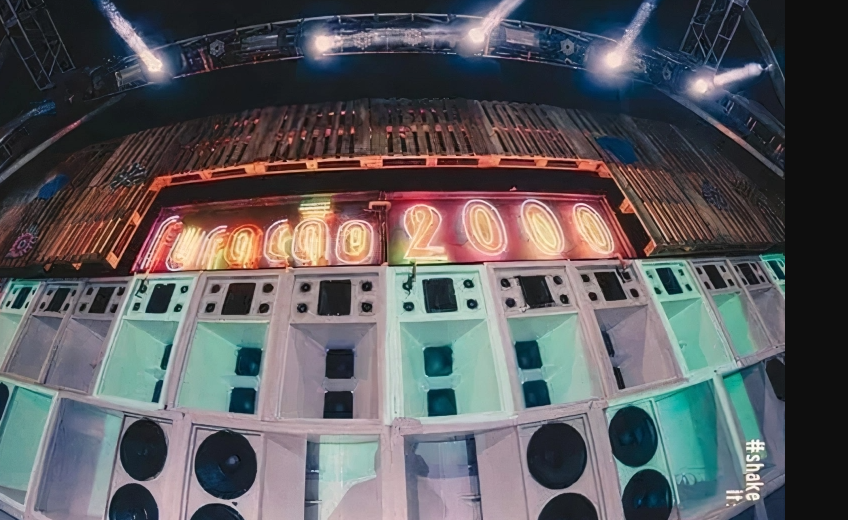 Funk, as a rhythm, originated in the United States, influenced by Black Music. A mixture of soul, jazz and rhythm and blues (R&B) led to the emergence of great name (such as James Brown) who validated this new music between the 1950s and 1960s.

Its arrival in Brazil in the Seventies was a little timid. The first attempts reproduced North American productions. Shaking the night clubs in the southern zone of Rio de Janeiro, its lively mixes gained space in the public.

In the 1980s, funk, which was already a hit in Brazil, began to follow its own line, including electronic drums to the rhythm. Music producer Fernando Luís Mattos Matta, known as DJ Marlboro, released his album  “Funk Brasil” and consolidated national funk, giving birth to productions and lyrics in Portuguese which portrayed for the first time the favelas.

The personalization of the rhythm, based on the historical references to Brazilian music, quickly made the sound produced in the periphery, for the periphery, spread beyond the lands of Rio.

Then began an artistic movement that marked generations, with pioneers such as Claudinho and Buchecha, the due that produced hits like “Só Love” and “Our Dream”. Along them were Cidinho and Doca, authors of the hit “Rap Da Felicidade”.

In the 2000s, funk definitely ceased to be an exclusively peripheral rhythm and conquered the country’s middle and upper classes, being played in nightclubs, dance academies, radios and even being chosen for the soundtracks for Brazilian soap operas and films.

The producer Furacão 2000 popularised “baile funk” and launched great names in the genre: the groups Gaiola das Popozudas and Os Hawainos are among them.

In a rapid evolution, memorable names such as Bonde Do Tigrão conquered the country and gained platinum records.

In parallel, funk also became a fertile soil for female artists, like MC Tati Quebra Barraco, who the possibility for women to be and stand out in the genre.

Even today, funk carioca remains one of the most famous in Brazil, but it is no longer the only one in the country. From the evolution of the rhythm, several subgenres were born, highlighting their territories.

Ostentação funk, for example, originated in the outskirts of São Paulo: its lyrics celebrate social ascension and exiting the favela. Its precursor were MC Guimê and MC Livinho, whose symbols are used to portray and sell the dream of social elevation.

Funk is now fast-paced. It generally contains hot lyrics, known as 150 bpm funk, which dominate dancefloors throughout the country, to the sound of names like FP do Trem Bala, MC Kevin O Cris and DJ Rennan da Penha.

The creations of subgenres opened interesting possibilities, such as funk pop. It is more melodic and has “lighter” lyrics. Its representants are, among others, Ludmilla and Anitta, who achieved national success and represent the Brazilian culture in the world.

A rhythm of resistance: funk as a social movement

Even though it has reached national recognition and met the taste of a wide public, funk is still stigmatised as a peripheral genre. The lyrics that often talk about sex, sensuality, criminality and ostentation are the artistic expressions of dreams or the portrayals of the complex reality of favelas.

Because of this, Brazilian funk becomes a social movement. And aside from the harsh life of the poorest parts of the cities, it gives voice to the marginalised who are always silenced.

As it is a very accessible musical genre, its consumption by social groups other than the favelas inhabitants creates friction: it somehow hinders the opportunity of funk to establish itself as a social movement and of funk artists to rise.

“Such rejection and prejudice for the rhythm were constructed by media visions. It is undeniable that in a globalised world the media has this power to build an image or reaffirm stereotypes. ‘Through it, in general, that visibility is acquired and the meanings of most cultural practices are constructed’” (HERSCHMANN, 2000, p. 90).

In this way, the rhythm has been and still is associated with crime news. Even though it was not a “properly new or unusual phenomenon, [this connection was] fundamental for the rectification of a certain stigmatised image of young people from popular segments of Rio.” (HERSCHMANN, 2000, p. 16). 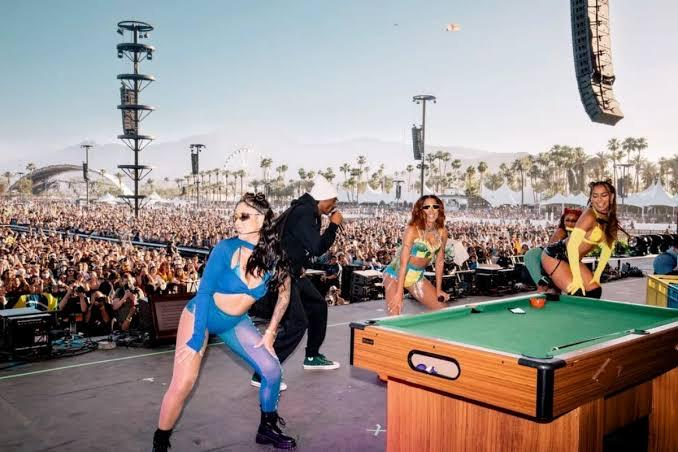 If the media has the power to build an image and affirm negative stereotypes, spaces like Coachella bring about the possibility for funk as a cultural expression to be re-signified. And maybe “re-signified” is the word that best describes Anitta’s performance.

Even in her look, Anitta meant that the colours were an act of political resignification of the national flag, stating that the flag belongs to the Brazilian people. An extremely important act given the current political conflicts between left and right in the Brazilian scenario.

The singer also recreated several scenarios from the periphery and brought historical samples to compose all the art created. The move of exposing marginalised realities by someone who has an international career creates opportunities for narratives of rhythm.

However, as much as Anitta takes advantage of spaces like renowned festivals to resignify and affirm cultural values, the redefinition of marginalisation is something collective which requires public support.

Even though there is still a lot of opposition in this sense, in recent years there have also been public important partnerships which make it possible to fund funk cultural expressions. The São Paulo Secretariat of Culture, for example, has been using social media for months to promote the demystification of marginalised rhythms through knowledge.

Lately, we had the promotion of a dance with Vogue (a dance movement to reaffirm gender identity and sexuality) in the Campo Limpo neighborhood, as seen below: 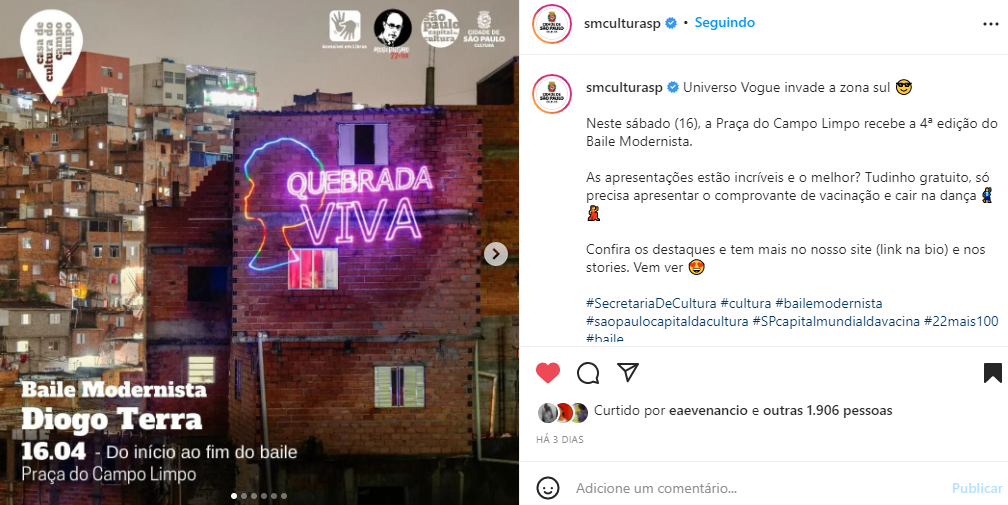 The support of public institutions and international events is important for the collectivity. That is, the recognition of funk by public actors is their response to needs and demands arising from the community. And when there is public partnership, the act of resisting becomes much easier and people gain the freedom to express their culture.

During this election year in Brazil, it is important for people (especially young people) to reflect on who they want their public partners to be.

If people want figures like Anitta to continue to take Brazilian culture to the outside world, they need to learn to claim the non-marginalization of cultural-historical symbols.

If Brazilians want to occupy their cultural centres with music and programs that the population itself chooses, if historically funk is to carry on its tradition as a rhythm of resistance and a social movement, Brazilians need to understand that their entertainment is also about doing politics. Territorial demarcation and fight against regression Fund proposed to tackle deforestation in the...