A fund between Brazil and Colombia is proposed to tackle deforestation in the Amazon. Vice-President of Colombia highlighted the importance of developed countries, the biggest emitters of greenhouse gases, implementing an energy transition to non-polluting sources.

Francia Márquez, vice president of Colombia, stated the desire to build a bi-national fund between Brazil and Colombia to stop deforestation in the Amazon. She participates, along with President Gustavo Petro, of COP27, in Egypt, and has signaled the desire to build partnerships with Brazil. 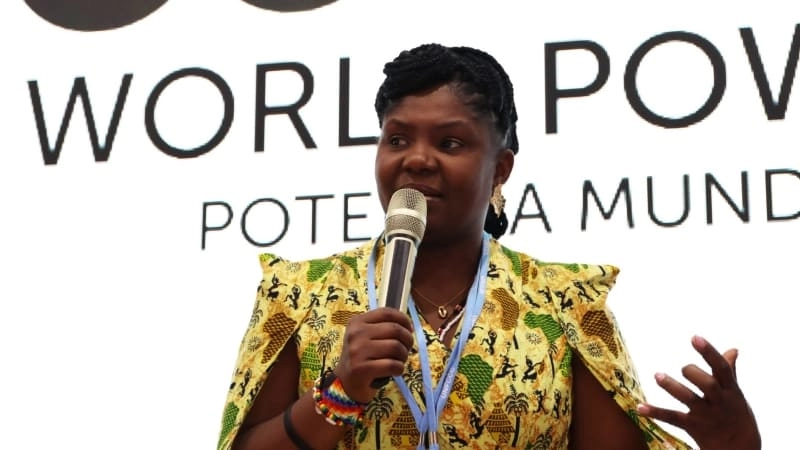 The proposal should be discussed with Marina Silva, former Minister of the Environment, during COP27. The two met during the event, in the space of Brazilian civil society, and discussed the feasibility of the proposal to be put into practice during Lula’s administration.

Francia Márquez showed admiration for Marina Silva and signaled that she recognizes herself, as a black woman, in the Brazilian environmentalist. The vice president of Colombia is from the department of Cauca, in the Pacific region, where there is a large concentration of black people, and has a trajectory marked by the fight against the extraction of minerals in the region and in defense of natural resources.

“Marina Silva is a fighter like me, like many other black women, who has a clear stance towards defending the Amazon territory”.

Francia Márquez has participated in agendas with the country’s young leaders, environmentalists and heads of state to build partnerships, especially with the nations of Latin America, the Caribbean and Africa.

“I think it would be ideal if Latin America, Africa and the Caribbean were together, South-South, working as a block and demanding as a block. It is true that these regions are not the biggest emitters, but we are the countries that are suffering the greater consequences, then we have a responsibility. In Colombia we are trying to make a change from an extractive economy to a sustainable economy”.

Approaching Latin American countries is an opportunity to develop reparation policies for historically marginalized groups. During the activities in which she participated in the COP, Francia Márquez pointed to the importance of discussing climate justice based on the markers of race and gender.

Discussions at COP27, after the finalization of the Paris Agreement in the last edition, are focused on the execution of the plan. The priority agenda of the countries of the global South is to guarantee the transfer of US$ 100 billion from the countries of the North to the nations of the South, so that actions are developed to mitigate the existing damages of climate change and adaptations, such as the energy matrix, of those countries.

Francia believes that the countries of the North, in addition to paying the demands of the states of the South, must change the energy matrix and reduce the emission of greenhouse gases.

“If you want to save this planet, you have to commit to making the energy transition in your countries. The decarbonization of economies is necessary and starting this process is the way to change the path we are taking the planet to, towards extinction. We have little time and we hope, the people, young people, children, that true and real decisions will be taken here”.

Read also: ‘Brazilians will make the right decision: the side of life’, says Francia Márquez

An unforgettable first COP: impressions from a...

“There is no climate justice without human...