by Amanda Costa, from Sharm El-Sheikh 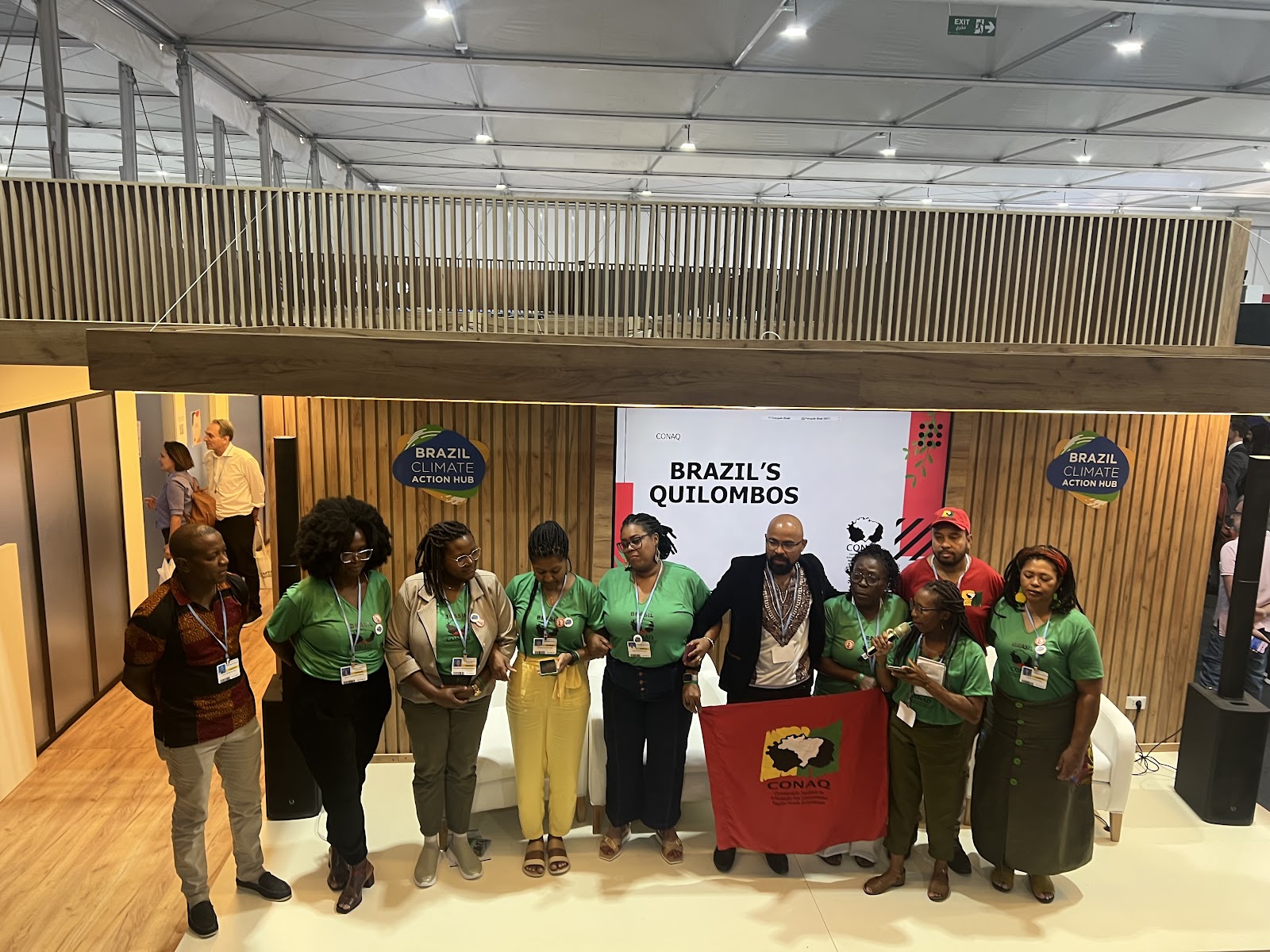 I am a climate activist and I have been following this agenda since 2017, when I started to investigate the subject in a scientific initiation project during my studies in International Relations, at Universidade Anhembi Morumbi (UAM).It was in that same year that I participated in COP 23, in Bonn, Germany, and I understood more deeply the complexity of the system we are in and the importance of territorializing the agenda.

Since then, my processes for participating in UN conferences have been based on a question: “How can I bring people like me into this environment?”

Five years have passed and I have noticed small advances. The delegation of Brazilian civil society stopped being composed only of rich white hetero cis-gender men and started to have a slightly more diverse public.

However, I sometimes feel that such urgent and emerging issues like this, which are obvious to most youth and people belonging to vulnerable groups, are still inside a small white and privileged bubble.

Last year, in 2021, the Brazilian black movement participated in the COP for the first time, in Glasgow – Scotland. We made an agenda together, with decision-makers from the Brazilian government, members of civil society and representatives of the UK government.

Due to the international agenda, I remember listening to the foreign people asking:

Then the group replied:

Dear reader, this dialogue marked me deeply! As a black woman, from the periphery of Brasilândia, I already feel the impacts of the climate crisis on my skin and I know that this effect is potentiated in quilombola communities.

“Without the quilombola communities, there is no climate negotiation.” (Katia Penha)

Today, November 8, 2022, CONAQ – National Coordination of Quilombo Articulation occupied the BRAZIL CLIMATE ACTION HUB panel, being a powerful tool for defending the rights of quilombola communities. The institution was created 26 years ago, but this struggle came much longer.

With the government of Jair Bolsonaro, violations in quilombola territories became increasingly frequent. Currently, Brazil has more than 1200 irregular ventures on quilombola lands, which has already led to the death of several leaders.

To stop this setback, it is important to:

I hope we blacken the minds of those who are racist.

May we keep fighting in a new conjecture that is drawn in the now.

We are here to “inquilombe” the COP!

“We are the resistance of the climate emergency.” (Kátia Penha – Quilombola Environmental Activist)

An unforgettable first COP: impressions from a...

“There is no climate justice without human...